Short stories on the radio 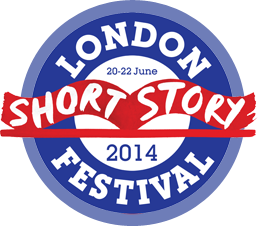 We were at the first ever London Short Story Festival on Sunday, held at the fabulous Waterstones in Piccadilly (worth a trip to London just to wander around this bookshop & it has wonderful cakes in the basement cafe too ... we recommend the beetroot & chocolate cake). It was a terrific event organised by Paul McVeigh and Spread The Word. I've been following Paul on Facebook and his amazing blog (which is essential reading if you enter writing competitions or looking for short story outlets, click here) for some time and he is genuinely enthusiastic about short stories, also a really lovely gent.
During the day we were delighted by readings and talk from so many short story writers, too many to mention, but the Indoor Writer was really excited to get to hear: Stella Duffy, Alison Moore, Tom Lee, MJ Hyland, AL Kennedy and Helen Simpson (she has nearly all of Helen's collections on her shelf).
One of the most informative talks was 'Short Stories on the Radio', involving Stella Duffy and Di Speirs (BBC R4 Producer responsible for selecting and producing stories for R4's short story slots, she's also a judge in the BBC National Short Story competition). Clare Wigfall read an extract from her BBC Short Story Award winning story 'The Numbers' and Lisa Blower read an extract from 'Barmouth', which was shortlisted for the same award in 2013. Stella Duffy read several extracts from short stories of hers that had been aired on R4. The Indoor Writer listened carefully as she's keen to learn what makes a short story perfect for radio and clearly a distinctive single voice is key.
Di Speirs talked at length about what she's looking for in a story suitable for broadcasting on R4, here are her top tips:
R4 slot is 13mins 20 secs so max of 2,000 words for reading aloud. Ideally aim for 1800-1900 words.
Make every word count. (Di said the story needs to 'go on a diet' - we'd liked that)
Try for one voice, monologues work well, and avoid or keep dialogue to an absolute minimum.
If more than one character then ensure the voices/dialogue are distinct and different enough for an actor to distinguish them when reading.
Don't underestimate the intelligence/cleverness of the listener.
Start with a strong opening to hook in the listener (as they are likely to be doing something else whilst listening to the radio), but don't make opening too complicated.
A linear story works well. Avoid time jumping if possible or keep to a minimum
Avoid using young voices. It takes a long time to bring in actors <16 years old. (Probably best not to have a child's voice for this reason).
Don't rant or use your story for a political platform.
Pay attention to the slot when stories are broadcast. Some are afternoon slots while others later in the evening - be sensible about content. For either slot avoid excessive swearing, sexual content or generally unpalatable subjects.
Edit and edit before submission - it's a highly competitive market so don't give her an excuse to drop a story through poor editing.
LISTEN to what is broadcast!

Di also recommended writers check out their local BBC radio stations which may produce and broadcast short stories, as many are keen to use local sources. Also try approaching local production companies which work with the BBC. But she did warn writers not to submit stories 'on spec' to the BBC, only send where there is an open submission window.
In reality a lot of the short stories broadcast are commissioned, so you need to catch her eye in other ways. That's why it's important to shout about any short story successes or publications.

Annually the BBC open a submission window for new writers to send in short stories for radio. This is called 'Opening Lines', look out for the next window which should open up fourth quarter of 2014. The BBC's Writers Room detail all open opportunities, so sign up for their newsletter. Recently our writing chum Wendy Clarke learned she had made the longlist for 2014 opening, which was wonderful news. So clearly Wendy has a good idea of what it takes to write a story suitable for radio. (It was a terrific story).
If you are keen to have a go then there's another opportunity to have a story produced and aired on R4. Again with thanks to Paul McVeigh: Sweet Talk Productions seeking short stories for radio, with deadline of 18 July 2014. You can submit 2 stories of 2000-2200 words in length. Click here for full details.

The Indoor Writer has an idea stirring for a story for radio. All she has to do is get on and write it! No excuses ...
Posted by TracyFells at 02:46 16 comments:

Last week I had a story 'Making the Grade' in The People's Friend. Inspired by my writing chum's (Wendy Clarke) posts sharing the inspiration behind her published short stories I thought I do the same for this story. Basically I stuck with the old premise of 'write what you know' and the story is largely

based on a real experience. The story is about a mother and son both taking piano exams at the same time and then waiting for the results.

My teen son reached Grade 7 on the piano and much of his youth was spent at music recitals and festivals, all fun events. He still plays now. In fact he always plays when he needs to relax - so as he's in the middle of his A'levels right now he's playing daily, which is always a treat for us as he is a very good pianist. And I really did take my Grade 1 piano exam as an adult - my son's piano teacher at the time (he was already on Grade 3 by then) tutored me right up to the exam. But the exam was truly terrifying. In the waiting room I was surrounded by small children (all under ten) clutching the same Grade 1 book of tunes as me. At the grand piano my hands shook so badly I could hardly play. The lovely examiner, an elderly gentleman with an elaborate bow-tie, patted my shoulder and whispered it 'was all over now' and I could relax with a nice cup of tea. Something stronger would have helped more. I vowed my days of taking any exam were over - never again. Life was far too short to put myself through such stress.

The short story was an imagined event but containing several real experiences. It was written almost a year ago and the original feedback from the lovely Shirley Blair (Fiction Editor at TPF) was that she loved all the description, but wanted to know more about the mother's motivation for taking the exam in the first place. If I added this it would take the story over their minimum word count of 1200 words, as my original submission was only a 1,000. This point also demonstrates how important it is to read a magazine's submission guidelines! I hadn't checked them for sometime and didn't realise they had a minimum word count - lesson learned ...

The revised story was posted and after a couple of months I received another lovely email from Shirley (she is a joy to work with) buying the story. Another good thing about TPF is they reject stories quickly, usually within a week. This can be a bit of a shock, but is preferable to waiting the 3-4 months, or longer, (I'm not naming them) from many other magazines just to hear bad news. It means you can re-work and re-sub somewhere else quickly - always a bonus.

Okay, this is only the second story I've sold to TPF so my success is not exactly prolific, but I do wait until I have something I think will suit their needs as the editors really do know what their readers like. If you want to submit then read the weekly and monthly special editions to find out the range of stories they accept. You will notice Wendy Clarke's name in just about every issue. Read any of her stories to understand that TPF want a well-written story with great characters and satisfying endings.
Posted by TracyFells at 03:25 11 comments: