Separated From the Sea: short story collection by Amanda Huggins 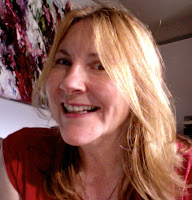 I am delighted to welcome Amanda Huggins on the Blog today. I’ve known Mandy virtually for several years, mainly from seeing her name on competition placings and short listings, and have long admired her writing. It is encouraging and inspiring to now see her short fiction coming out in print and particularly her own short story collection Separated From the Sea (published by Retreat West Books).

All 26 stories are incredibly poignant and will linger with you long after reading. Huggins’ prose is both beautiful and heart breaking; she exquisitely captures those delicate moments where a relationship is about to experience a pivotal change (good or bad). The characters are as diverse and colourful as the settings; we peer into the miniature worlds of her characters as they cope with grief, failed love affairs and seeking their dreams. We travel all across the globe (US, Paris, Italy, Japan etc) and I particularly enjoyed the stories set in Japan, where Huggins’ lyrical writing really seems to take off. My own special favourites include: The last of Michiko, The Shadow Architect, No Longer Charlotte and well I could go on …

Amanda’s work has been published in anthologies, literary journals, and publications such as the Guardian, Telegraph, Wanderlust, Mslexia and Writers' Forum.
Her travel writing has won several awards, including the British Guild of Travel Writers New Travel Writer, and her short stories are regularly placed and listed in competitions, including Bare Fiction, Fish, InkTears, and Cinnamon Press.

A selection of her short stories appear in the InkTears showcase, Death of a Superhero, and her flash fiction collection, Brightly Coloured Horses, is published by Chapeltown Books. Separated From the Sea (Retreat West Books) is her first full length short story collection.

Separated From the Sea:
Crossing oceans from Japan to New York and from England to Havana, these stories are filled with a sense of yearning, of loss, of not quite belonging, of not being sure that things are what you thought they were. They are stories imbued with pathos and irony, humour and hope.
Evie meets a past love but he's not the person she thinks he is; a visit to the most romantic city in the world reveals the truth about an affair; Satseko discovers an attentive neighbour is much more than that; Eleanor’s journey on the London Underground doesn't take her where she thought it would.
QUESTIONS
Q - Can you share how you went about finding a publisher for the collection and the steps involved from acceptance to publication?
Prior to 2017 I had only submitted my short story collection to a couple of publishers, as in my heart I knew it wasn’t ready, and that there were at least half a dozen weak stories that didn’t deserve their place in the book.
However, when my flash collection, Brightly Coloured Horses, was accepted by Chapeltown Books at the start of 2017, it gave me the confidence I needed to try and find a publisher for the full-length collection again – this time in earnest.
After a further edit I submitted it to another publisher, and this time it made the next round, and was sent out to readers. The response was very positive – one reader specifically asked the publisher to let me know that if the book were accepted she would definitely buy it. Yet in the end it was a no – they felt it still needed more work. I was now armed with suggestions for improvements, and as well as making all the changes, I wrote five new stories in a very short space of time that turned out to be some of the best I’ve written. (This is unusual for me, as I’m a very slow writer!). So I was finally able to ditch the weakest stories, re-title the collection and get it back out there.

I made it my writing goal for 2018 to get Separated From the Sea published. I submitted it to three publishers at the end of 2017/beginning of 2018, and Retreat West Books was one of them. I sent the sample stories to Amanda Saint under a pen-name. I had met Amanda briefly at the launch of a Retreat West anthology in September 2017, and I wanted her to read my work without any pre-conceived ideas about the author! She came back to me very quickly asking for the full manuscript, and a few weeks after that, towards the end of January, she signed me up. I’m very proud to be RWB’s first single collection author!

I was expecting publication to be a slow process, and certainly didn’t anticipate Separated being out any earlier than 2019 – however as you know, the book launched on June 2nd, which is amazing. I had the final manuscript over to Amanda very quickly, and then she fired the edits back to me a couple of weeks later. Luckily, she liked my re-writes, and we had agreed on the final version by the beginning of March. By April, the RWB team and myself were proofreading, and I already had the wonderful cover designed by Jennie Rawlings at Serifim. Then the blog tour was arranged, and I fired my guest posts off to Amanda before I went on holiday at the end of May! Phew!

I think I’ve made it sound far too easy (!), and obviously there was a lot more to it than that – especially from the publisher’s point of view!  It goes without saying that there’s a lot more work now that the book is out there – all the ongoing marketing/PR activity by both RWB and myself.

Q - I love the imagery in all your stories. What triggers a new short or flash story for you ... a title, image, character etc ... can you talk us through the Amanda Huggins process of story generation?
My stories are occasionally inspired by personal experience, yet I would never write an entire short story about something that actually happened to me. Instead, I draw on small incidents that really occurred and include those as part of a longer piece of work.

For example, just like the protagonist in my story ‘Better to see him Dead’, I did accidentally  switch the washing machine on with my cat inside – don’t worry, she escaped unharmed! And just like Evie in my story, ‘Enough’, I did slip on the ice and smash a flask of soup I was taking to a homeless man.
However most of my main story ideas come straight from my imagination, often sparked by something observed or overheard on public transport, in the street, or on the news. Sometimes the starting point will be a newspaper story, or a single scene from a film that inspires me to create a completely new story or an alternative ending.
Q - You are also a successful travel writer, and your sense of place is a key element I admire in your fiction. How do you split your time between the two? What is a typical writing day for you?
When I started writing seriously a few years ago, I concentrated solely on travel writing. There were so many places I wanted to write about, and I had a pile of travel journals from various trips I’d made to countries such as India, Japan, Russia, and Eastern Europe. The first pieces I wrote were for specific competitions, as I found the deadlines were a useful incentive. I sent a travel piece to the Daily Telegraph every single week until they published me!

In the last couple of years I have concentrated more and more on writing fiction. However, the sense of place in my stories is still very important to me, and the settings for my short stories are often countries I have explored on my travels. I was brought up on the North Yorkshire coast, and so the sea appears as a major character in a lot of my work as well.

I had to laugh at you saying ‘a typical writing day.’ If only I had a whole day to write – ever! I work full time in engineering, and so five days a week I’m at the day job. I enjoy getting out and talking to people, and writing is a solitary pursuit, so it actually makes for a good mix. However it does severely restrict the time I get to actually write! I have a half hour walk to work, which is useful thinking time, so I'm often jotting down notes as soon as I arrive.

I try and write most evenings during the week, but there are so many demands on my time that if I get an hour or two then I’m lucky. Fortunately my partner writes too - a very popular niche music blog - so we both understand each other’s need for creative space!

Q - Can you tell us what writing projects, fiction and/or non-fiction, you have in the Huggins pipeline?
A few months ago I started work on a poetry collection, which is something I’ve been wanting to concentrate on for some time. A number of the poems are about growing up in a seaside town in the seventies, but others explore themes of grief and loss, and of yearning for a different life, closer to nature.
I also have an idea for a novella which I plan to start work on soon.
However, it’s proving difficult to write anything new at the moment, as I’m still busy promoting both of my collections!
I'm also the judge of this year's I Must Be Off Travel Writing Competition, so later this summer I'll be reading the shortlisted entries, which I'm looking forward to!

Thank you, Mandy, for being such a sport and answering all of LitPig's questions. I have to admit we are really excited to hear about a poetry collection and look forward to reading that!

Please do check out the links below to buy this wonderful collection. You can also follow Mandy on Twitter and her blog.