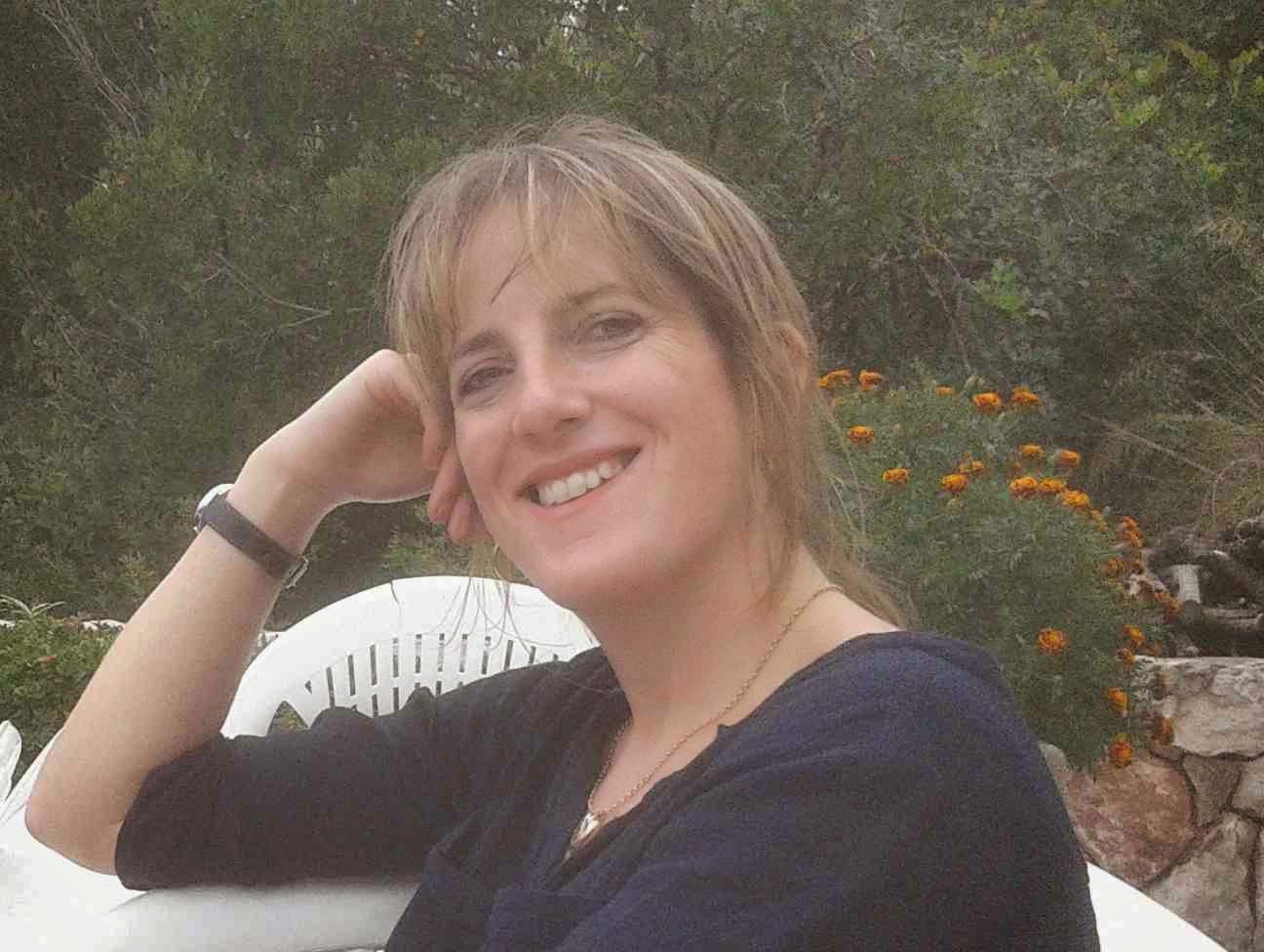 I'm delighted to welcome my first blog guest of 2015, an inspiring short story writer whose list of competition credits and successes continues to grow: Rowena Macdonald. In fact I met Rowena at the Write Idea Festival Prize giving ceremony in Tower Hamlets (Nov 2014) where we were both finalists. Rowena took the Tower Hamlets prize with her incredibly atmospheric story with a strong sense of place, Phosphoresence (read it here). I've invited Rowena along today to particularly talk about her first short story collection Smoked Meat (Flambard Press).

This is a collection of short stories set in contemporary Montreal. I would recommend to read the stories in order as many characters reappear and cleverly you learn more about them throughout the narratives. This is a collection strong on characters and setting, it's very accessible and I found myself loving the characters so much I had to keep reading. Usually, I only read one story at a time from a collection, but with Smoked Meat it almost reads as a novel and you want to know more and more about the underdogs who populate the poorer  side of Montreal.

I highly recommend this collection and any other short stories by Rowena. She has a real talent for writing gritty, underdog characters that you root for, but also her work as genuine heart. Her short story in the Unthology 4 anthology (Unthank Books) about a disabled soldier meeting a rich man really touched me and still lingers long after reading.

Rowena Macdonald lives in London. Smoked Meat (Flambard Press), her debut collection, was short-listed for the 2012 Edge Hill Prize. Her short stories have also been published by Influx Press, Galley Beggar Press, Ambit, Unthank Books, and Serpent's Tail. In the last year she won first prize in Glimmer Train's 'Family Matters' competition, the Tower Hamlets Prize in the 2014 Write Idea competition and runner-up in the 2013 Royal Society of Literature's VS Pritchett Prize. She has recently finished a novel, which is currently with her agent, Jamie Coleman of Greene & Heaton.


Firstly, thank you Rowena for coming along to guest on the blog today. It's lovely to have you here.
Q:  You've had quite a bit of competition success with short stories. How did you approach the project of putting a collection together and why did you choose a themed collection?

I started writing Smoked Meat in 2002. I knew I wanted to write about Montreal, which is where I lived for a year at the turn of the millennium, as it had such a particular atmosphere that I wanted to pin it down in words, but initially I couldn't work out how to do it. My first attempts were all too much like a memoir and it bored me to write about myself. Then, by chance, I read a poem entitled 'Montreal' by August Kleinzahler in the London Review of Books, which entirely captured the spirit of the city for me. This poem inspired 'Double-Take', the first story I wrote in the collection, which is now in the middle of the book. Once I'd written 'Double-Take', which is about a character called Corinna, I wrote a story about her ex-boyfriend, Henry, and then a story about a couple that Corinna glimpses from her window. Once I'd written three or four stories, other stories occurred to me and I decided it would be satisfying to write a themed collection; satisfying for both the reader and for me, as I wouldn't have to keep thinking of totally disparate stories and I could explore and create a self-contained fictional world. I also hoped it would be easier to get a themed collection published.

Q. The title 'Smoked Meat' is intriguing and unusually is not the title of one of the stories in the collection  - where does the title come from?

Smoked meat is Jewish salt beef, a Montreal speciality. You have it on bagels. I ate it a lot when I was there. The title is a metaphor for the way a big city can 'smoke' a person, turn them from an innocent, from 'green meat', into something stronger. Many of the characters in 'Smoked Meat' are naive incomers to Montreal and their experiences toughen them up. It reflects the way I felt about my time in Montreal. I was living there without a visa, working cash in hand, and the kind of people who employ illegal workers are often fairly unpleasant so I ended up having some harsh experiences. It was an adventure though.
Q  All of the stories are set amongst a group of characters living in Montreal. How much of your own experience of living and working in Montreal made it into the collection? I'd love to know if any of the characters are based on real people or locations (if you can admit this!)

A lot of mine and my Montreal friends' experiences made it into the collection but all the experiences are mixed up; nothing is lifted wholesale from real life and plonked on the page. It is all filtered through the medium of fiction. The same goes for the characters. Aspects are drawn from people I knew but there are elements that are entirely fictional. All the locations are real, apart from in 'Boys 'n' Men', the story that's partly set in New York. The only real location in that is CBGBs. Oh, and Boutique Samba isn't the real name of the shop where Freya works in 'Secrets of Voodoo'; I changed that to protect the guilty...

Q Many short story writers dream of publishing a collection and you achieved this without going the self-publishing route. Can you tell us how 'Smoked Meat' made it into print?

Initially, I attempted to get an agent for it (I even attempted to get an agent in New York) but none were interested in short stories, so I sent it to numerous small presses over the course of five years, got a lot of rejections, but eventually Will Mackie at Flambard Press picked it up in 2011. I was utterly thrilled and am eternally grateful to him. I was very persistent about sending it out.

Q Can you share any of your writing quirks or habits? Do you have a particular routine for writing for example or triggers that help you to get a story underway?

I don't really have any quirks. But I am quite routine about writing. When I started out, I used to do an hour and half every day before work. Now I work part-time and write on Thursdays and Fridays, sometimes only Fridays during term-time when I am teaching. I occasionally write at weekends. I suffer constant guilt that I am not writing enough and irritation that real life is getting in the way but obviously real life is where I get my ideas. I tend to go to the British Library or to my local library in Bethnal Green. I find it less distracting than at home, where my boyfriend is always barging in. Even if he is out I have the anxiety that he is going to come home and barge in. Unfortunately, I don't have a 'room of my own'. I have a lot of ideas for stories backed up in my notebook. When starting a story I tend to brainstorm, type very quickly everything that occurs to me, any phrases, imagery or bits of dialogue, and then I write the story in a linear way from start to finish and incorporate all my brain-storming notes. Other ideas occur as I am writing. Then I edit a lot, cutting out extraneous words and flabby phrasing.
Q With the success of 'Smoked Meat' (short listed for the Edge Hill Prize) are you planning a further collection of short stories? If you're not superstitious can you also share what you're currently working on?

I did start another collection of interlinked short stories, but haven't got that far with it, as I've been distracted with finishing my novel. I also started another novel last summer but, again, that has been put on the back-burner because of the current novel. I've got enough finished disparate stories for an unthemed collection but, for the moment, I am focussing on the final changes to this current novel, which I hope my agent will start sending out to publishers soon. I don't really want to say what it's about right now, for various reasons which will be revealed if and when it ever does find a publisher.

Smoked Meat is available from Inpress Books and all the other usual outlets.
Posted by TracyFells at 03:36