Judging a competition by its judge

If you regularly enter writing competitions then will a 'named' judge make a difference to you? I have many reasons for entering particular competitions and confess that a big name judge makes a difference to me. I've entered several of Retreat West's short and flash story competitions (read more here) solely because of the judge involved i.e. Jane Rusbridge, Paul McVeigh, Tania Hershman to name a few. I came runner-up in the 'A Pet' themed competition judged by Jane Rusbridge (July 2013) - the voucher was a bonus as for me the best bit was receiving her comments, all very constructive, on the story. 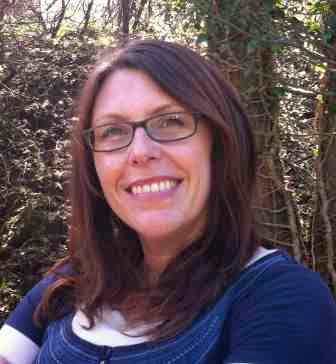 Amanda Saint is the brains behind Retreat West and I'm pleased to welcome her as a guest on the blog today. She's kindly agreed to answer some questions ...


Q. Do you think having a named judge makes a difference to a writing competition? What impact does it have on numbers of entries for Retreat West competitions?

Personally, when I enter my work into competitions I'm attracted by the judge and would always try and send something if it's a writer whose work I admire. When I started the Retreat West short story comp I wanted to have established authors as the final judges for two reasons: to attract more writers to enter and to give them the opportunity to have their work read by writers that they like. The competition has been growing steadily and each time the number of entries increases, sometimes only slightly but I'm hoping that I can keep growing it and keep getting great judges involved.

Q. You've had some big names (and more to come) judging. How do you know all the judges? (I'd kill for your address book!)

In the first year of the competition I knew most of the judges personally. I try to attend events and workshops as much as I can, mainly to keep learning but also to get out and meet people as its a very solitary life working at home, so had known most of them for a while. But other authors, such as Nicholas Royle, who's judging the next flash competition, I've just approached and asked them to take part. I'm very lucky that, so far, everyone's said yes! Social media is also a great place to meet and get to know other writers, and that's how I knew Tania Hershman, who judged the first flash competition earlier this year.

Q. Your writing competitions are usually themed. Is this something you let the judge choose or do you propose the theme to the judge?

I choose the themes but I'd be more than happy for a judge to choose if they wanted to. Some of the themes from last year's competition I tried to tie in with the judge. For example, Shaun Levin launched his Writing Maps project last year so the comp he judged was a map theme. Alison Moore is judging the June competition this year and I asked her to read fear themed stories as her writing is often cited as sinister. It must be catching as when she ran the workshop at the lighthouse retreat last year, most of the work we created through the exercises also had a sinister undertone! Will be interesting to see if it happens again at the literary fiction retreat workshop she's running this year.


Q. Are there any contemporary writers you'd love to have judging a competition, and why, but haven't reached out to yet?

One of my favourite authors is Margaret Atwood and I'd love to have her judging a dystopia themed competition. I love a good dystopia story but really admire how she writes really great stories across so many different genres. I haven't reached out to her yet as I doubt very much if I could afford her fee! Maybe if things keep growing and going well...

Blimey, I'd be first to enter any competition with Margaret Atwood as the judge! Keep us posted on that one, Amanda. And thank you coming along today.

Keep an eye on Retreat West's competition listings as coming up in the next couple of months they have the following judges:
Nicholas Royle - Flash Fiction <500 words, theme: Medicine, closing 31 May 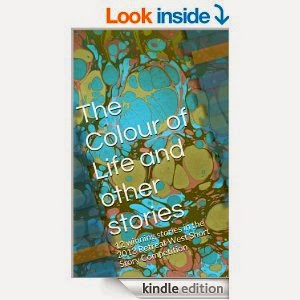 You can read the 2013 short story competition winning stories in the anthology:
The Colour of Life and other stories
Available from Amazon here.
Here comes the plug ... containing my short story ‘Monsters’.